Any questions related to guns

I posted this on a Savage collectors' site but since it was made by Marlin, I would like some options on the checkering from those familiar with Marlins. I've come to the conclusions that this is Marlin factory checkering since it seems to be consistent with some of Marlin's patterns, like the rounded front on the pattern.

To me the forearm checkering looks like a Marlin No B pattern and the stock similar to the No 5 without the diamond in the middle. 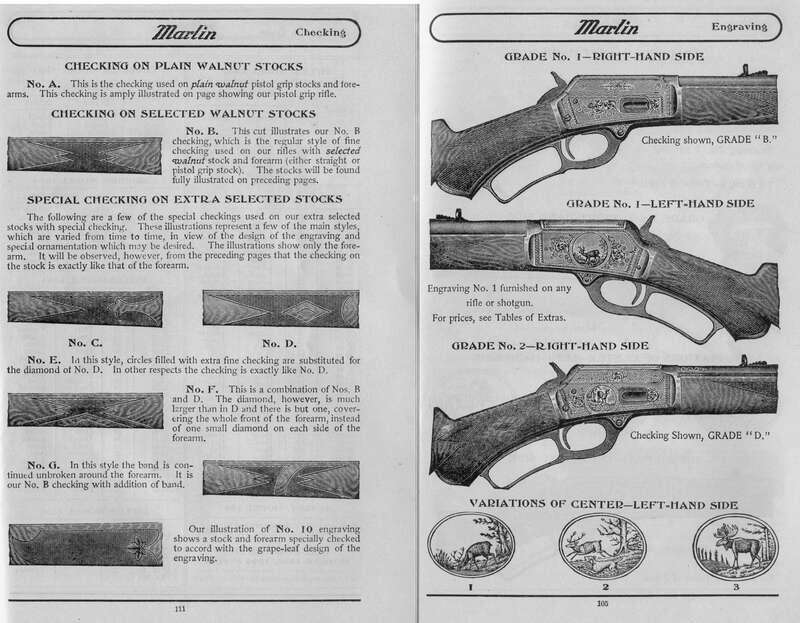 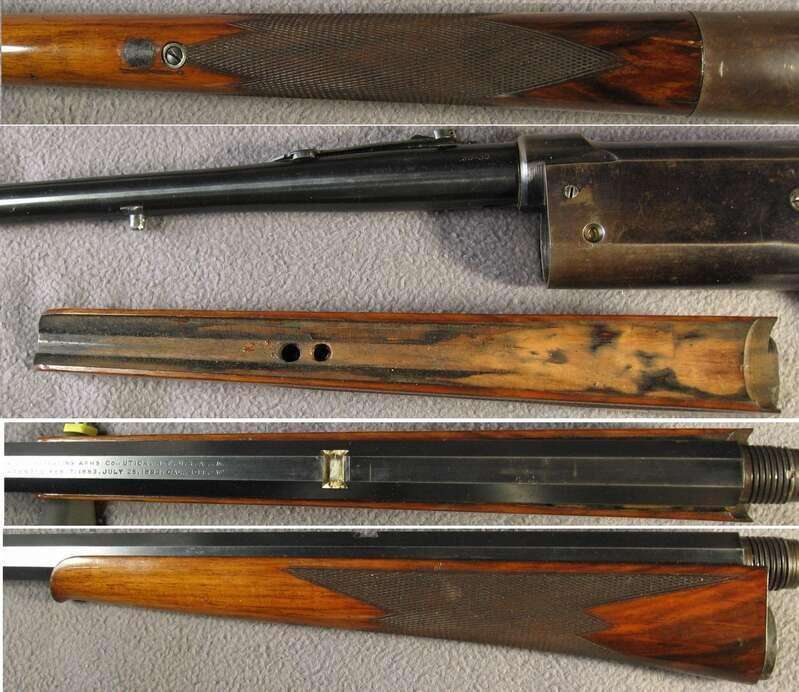 It had a modern 1950's vintage 30-30 barrel on it when I got it and the serial number on the wood does not match the receiver. I managed to get an original Marlin Made 1895 barrel for it. The rear inside of the forearm had to be opened up for the modern round barrel and a second mounting hole added, but luckily the rest was left alone, including the original finish.

On the barrel I got, the only stamp I know the meaning of is the partially stamped JM on the bottom left flat, at first I didn't notice it because I expected it to be on the very bottom. None of the dovetails were blued, Savage offered options on location of the rear sight or elimination of the rear sight dovetail, so I'm thinking the dovetails might all have been added later and they typically are not blued? 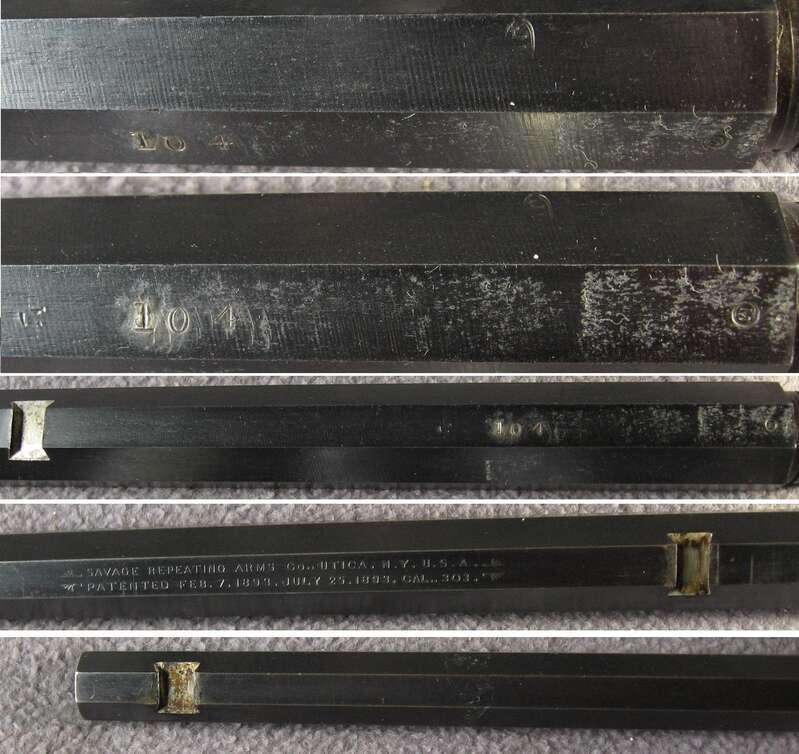 Here it is with the 'new' barrel.

For many decades there's been debate as to whether Marlin actually assembled these Model 1895 Savage rifles. Many advanced Savage collectors have told me that Marlin simply made and fitted all the parts, and then sent them to Savage for final finish. So not even sure this work was done at Marlin.
I don't see anything in the checkering that jumps out at me as definitely Savage, or Marlin. But without any proof after all the years of attempts, it's tough to say who did the final finish and checkering on any Savage 1895.
Marlin lever actions 1870's-WWI, Ballards, and single shot rifles!
Top

I have a friend that is very knowledgeable about the Model 1895 Savage rifles. He told me that the 1895 Savage Catalog offered checking, but not images, and the price was quite steep at from $16.00 to $20.00. Considering the rifle was only $25.00, it would seem that Savage was not really interested in providing the service. He also mentioned that he had only seen checking on the higher grade guns of that period.
Due to the increasing cost of ammunition, there will be no warning shot!

The growing federal deficit = generational slavery to the national debt.

I have a friend that is very knowledgeable about the Model 1895 Savage rifles. He told me that the 1895 Savage Catalog offered checking, but not images, and the price was quite steep at from $16.00 to $20.00. Considering the rifle was only $25.00, it would seem that Savage was not really interested in providing the service. He also mentioned that he had only seen checking on the higher grade guns of that period.


The 1897 Savage catalog also has a $6.00 checkering listed as "Checking on ordinary stocks" but there are no pictures of it. The 1895 catalogs high priced checkering also included an option for the wood, it added $8.50 to the wood option without it in the 1897 catalog.

I now have the ledger information on the serial number on the stock - It was accepted from factory April 21, 1896 and shipped almost two years later on March 28,1898.

There is another example of the same pattern of checkering on the stock, but it is on a gun with the smaller pointed cheeks - that gun is pictured on page 20 of David Royals book ' A Collectors Guide to the Savage 99 Rifle'. In it he states it doubtful it was factory, but at that time there was not another example know and that pattern does not look correct with the small, pointed cheeks that are on that gun, with the standard rounded cheeks that pattern make sense. I think David now thinks it is factory. Davids's gun - https://www.24hourcampfire.com/ubbthrea ... st17606162

Marlin is the only company I know of who used rounded ends on some checkering patterns, later Savage's all have points or more elaborate patterns.
Top

I have a good friend who has over 300 Savage 1899/99 rifles in his collection, with about 16 1895 Savage rifles also. I recall one being a deluxe checkered and engraved rifle, and another only checkered. I'll have to pay him a visit, and print out pictures of your Savage to see what he thinks.
Marlin lever actions 1870's-WWI, Ballards, and single shot rifles!
Top

Marlinman93, I will be very interested to hear other opinions. I have run this by some very knowledgeable Savage collectors, but I still think the opinions of Marlin collectors will have a lot to offer since Marlin made these and would certainly not fully change their manufacturing processes just for one contract.
Top
Post Reply
6 posts • Page 1 of 1